Quote from our Executive Chair Lady

The idea for Fight for Life was formulated 20 years ago, whilst waiting to see my oncologist at the Middlesex Hospital in London. I noticed that young children and adolescents suffering from cancer were facing treatments of radiotherapy and gruelling weeks of chemotherapy in the same facility as adults. These poor children often had to wait many months before being seen and treated. I knew then and there that I wanted to do something about this. Along with some of my closest friends, I was introduced to Dr Jeffrey Tobias. He told us his dream was to have a dedicated children’s unit, equipped with new toys, computers and games, as well as a play therapist to work with the children during their long visits. However, his ultimate goal was to have a new ‘Linear Radiotherapy Machine’, where children could be treated quickly in a child friendly environment, which would probably be unique in the whole of Europe.

We needed to raise £2,000,000. Although this seemed to be an impossible figure at the time, after meetings at the Middlesex Hospital, they agreed to build the infrastructure for the unit (£500,000) if we, Fight For Life agreed to guarantee the lease payments on the new machine of £150,000 per annum. We set up a fund, under the auspices of the UCLH Trust and after years of hard work, by all the Fight for Life volunteers, my vision and Dr Tobias’s dream finally became a reality, when our Patron Gary Lineker finally opened our Fight for Life unit in January 2000 with a £250,000 donation from our committee.

That was just the start. We still had to raise £150,000 annually to keep the unit going and to pay the leasing costs on our ‘Linear Radiotherapy Machine’. These costs were met by our many fund raising events, including our annual celebrity golf day, hosted by Gary and sponsored by Walkers/Pepsico plc.

In September 2003, we were justifiably proud to announce that our committee had raised about £1,000,000. The fact that ‘our children’ were being treated in a dedicated children’s area, utilising state-of-the-art technology to help beat this debilitating disease, is something ‘Fight for Life’ were proud of.

Then came new projects, as our unit moved to the new UCLH hospital. We had a brand new dedicated cancer unit at the new hospital on the corner of Tottenham Court Road and Euston Road. Our Linear Accelerator – the high energy radiotherapy equipment used for treating children’s cancers, bought with your money and now fully paid for, came with us and we also had our own children’s play area and waiting room, to give the children some breathing space whilst waiting for their treatment. All this has meant that the children under our care have been treated to the very highest standards, and the unit can now claim to be a world-class paediatric cancer treatment centre – second to none. As far as we are aware, there is no other similar facility anywhere in the UK, with such a wide range of expertise and modern equipment.

We regularly meet with Professor Jeffrey Tobias and Julia Solano, to see how your support could continue to benefit the new unit. As you may have now read, or been informed, in order to remain at the absolute forefront of treatment, we then also purchased a PET/CT scanner. This new type of scanner provided the unit with much better treatment accuracy for children about to undergo radiotherapy. The move from our old facilities on the Middlesex Hospital site to the new UCLH took place in November 2005, and we installed the PET/CT scanner, early in 2007.

Some of our more recent projects include Rapid Ark and True Beam, a new children’s play room and new toys and games for the children awaiting treatment. We have also bought various much needed other equipment for the unit over the years. We now intend to be a part of the very exciting new Proton Beam Centre hopefully coming to the UCLH in 2017.

The TrueBeam™ system is one of the latest advances in radiotherapy technology from Varian Medical Systems. TrueBeam was developed from the ground up to deliver powerful cancer treatments with pinpoint accuracy and precision.

Treatments can be performed with precision and speed. In fact, most treatments take just a few minutes a day. As well as allowing for a more comfortable patient experience because of less time on the treatment couch, faster delivery also allows for reduced chances of patient motion during treatment.

TrueBeam was designed with many features with the patient experience in mind. With shorter treatment times and quieter operation, TrueBeam provides for a more comfortable environment. Enhanced communication technology enables a constant interaction between the patient and the therapist who operates the equipment. Three closed-circuit television systems enable the therapist to monitor the patient at all times. Music can be played during treatment, helping to increase patient comfort.

RapidArc radiotherapy makes it possible to monitor patient breathing and compensate for tumor motion while quickly delivering dose during a continuous rotation around the patient. This development enables the use of RapidArc to target lung tumors with greater precision by “gating” the beam, turning it on and off, in response to tumor motion. Gated RapidArc makes it possible to deliver highly targeted treatments to many types of tumors, including lung tumors that are moving.

We intend to commence raising funds for the new Proton Beam Centre hopefully opening at the UCLH in 2017. One way to avoid these problems while treating some children’s cancers, is to zap tumours with a beam of protons, rather than X-rays. Protons are positively charged tiny particles that are found in the centre of every atom in the universe, and they can be generated and focused into beams in a controlled way using large particle accelerators. Like regular radiotherapy treatment, proton beam therapy damages cancer cells in the same way, so that they die. But unlike X-ray beams, proton beams stop once they hit their target, rather than carrying on through the body. The UCLH hopefully will have one of the two major Proton Beam in the UK and we are very excited to be a part of that.

One of our most rewarding days each year, is our annual Christmas party for the children in treatment and their families. To see the smiles on their faces and to meet all the children we are committed to help, makes all our efforts worthwhile. We need your support to ensure that the work that we have started can be continued, and the hope that those children unfortunate enough to suffer from cancer, can at least be assured that there would be a dedicated facility for them to rely upon. So please help us to fight the ‘Big Fight for Little People‘

Nikki Benezra
On Behalf of Fight for Life 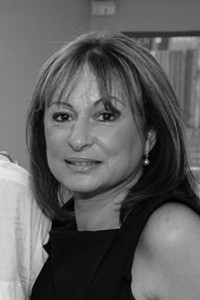